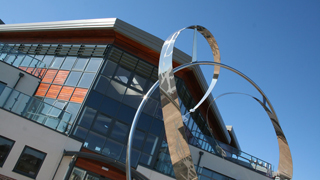 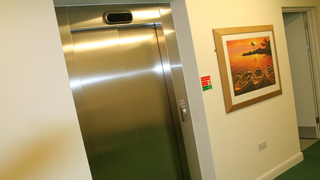 In April 2011, Hawkinge House was completed as planned and was opened for business. A total of 90 care suits were completed which represents Phase 1 of the total development.

As per all the other Graham Care development schemes the professional team and advisors remained constant. The project was again completed on time and within budget.

The home is located west of Hawkinge village, 3 miles from the seaside town of Folkestone and 12 miles from the city of Canterbury in the county of Kent. The Site is part of the former Hawkinge Airfield, renowned for the role it played during the Second World War. The Airfield was closed during the 1960’s and majority of the aerodrome has been and is proposed to be developed. The Care Development forms part of a larger mixed development scheme and an enabling works package was agreed early on with Pentland Homes who provided the access road and infrastructure.

Although the Site is surrounded by recent high-density residential developments, its location within Kent Downs Area of Outstanding Natural Beauty was an important factor in the design process.

The central block plays an important part in both the function of the home and the architectural aspect of the development. Services, offices, hairdressing and community facility are located at the ground floor, where the central entrance hall leads to a large restaurant, internet cafe and bar area open to the landscaped courtyard garden. The glazed façade of the central block, with roof terraces overlooking the central access to site, and glazed ends of each wing, are designed to break up the building mass and provide effect of lightness and transparency.

The development has been carefully designed to become a model example of collective living and care for the elderly. High standard of accommodation and wide array of facilities, including restaurant, cafes, cinema, library, gymnasium and the like, magnificent amenity space in a form of varied landscaped gardens and planted roof terraces and balconies, are complemented by exciting contemporary elevational treatment.

It is noteworthy that there is no coincidence in the symmetrical footprint and landscape arrangement of the proposed development resembling the shape of an aircraft. This design idea was developed to identify the development with the land it stands on, which once played a historic role during the Second World War.